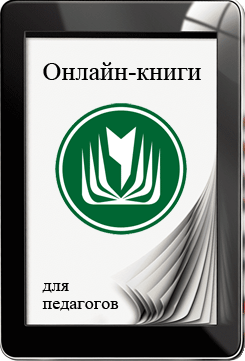 Урок английского языка в 9 классе по теме « США. Белый дом»
Учитель английского языка ГОУ Гимназия № 426 г. Санкт – Петербург
Абрамова Татьяна Ивановна
Цели урока :
·   Познакомить учащихся с устройством Белого Дома в Вашингтоне, воспитывая уважительное отношение к культуре другой страны.
·   Формировать лексические навыки чтения и говорения на основе предоставленного материала.
Ход урока
1.Организационный момент
Приветствие учителя, приглашение в «путешествие по  столице США, а именно, посещение Белого Дома. Предъявление цели занятия.
Hello, boys and girls. I ` m glad to see you today. Today we are going to visit the White House in Washington D.C. It has been the scene of many events in the history of American nation .Here the President holds meetings that decide national and international policy. You `re going to get some new information about the White House and at the end of this presentation you ` ll answer some questions.
More than a million visitors go through the White House every year. The only residence of a head of state open to the public on a regular basis free of charge, the White House is a museum of American history- with portraits of Presidents and First Ladies.
Слайд №2
The White House is the oldest public building in the District of Columbia, and 1600 Pennsylvania Avenue is the most famous address in the US.

Слайд № 3
While Congress debated what to build and where to build it, the first President George Washington, lived in three houses. The first two were in New York City. The third was in Philadelphia. Finally, he decided to compromise.
The first President George Washington picked a patch of land on the Potomac River and named this land the District of Columbia, in honor of Christopher Columbus.
Слайд № 4
Washington decided to put the Capitol Building  on a hill at one end of the city, and the president` s house on a hill at the other end.
Слайд № 5
Next it was time to decide what kind of house to build for the president. A contest was suggested. A committee picked a simple but elegant design by James Hoban, a young Irish American architect .
The  first stone was laid on October 13, 1792. It took eight years to finish enough of the house to make it livable .George Washington never lived in it. The construction of the House finished in 1800. It was the largest residential building in the US.
Слайд № 6
But George Washington was the only president who never lived in the White House.
The first President to live in the White House was John Adams. He moved into a cold, damp White House in November 1800.
Слайд № 7
Two years after the war of 1812 the White House was set on fire in attempt to burn it down by the British Army.
When the war was over, the house was rebuilt and repainted white to cover the smoke marks. People began to call it the White House.
Слайд № 8
At various times in history, the White House has been known as the “President` s Palace”, the “President`s House”, and the “Executive Mansion”. President  Theodore Roosevelt officially gave the White House  its current name in 1901.
Слайд № 9
President  Jefferson  opened the house for public tours, and it has remained open, except during  wartime, ever since.
Слайд № 10
White House Floor Plan
Here we can see a cutaway view of the White House. Visitors who take the public guided tour walk along the glass- enclosed colonnade to the Ground Floor Corridor, climb the stairs to the State Floor, visit four state reception rooms and the State Dining Room.
Слайд № 11
The first room that you enter on the State Floor is the EAST ROOM, which is the largest in the White House. It is used for receptions, ceremonies, press conferences, and other events.
Слайд № 12
During the term of office of James Adams, the USA went to war with England. As the British troops got close to Washington, Madison ` s wife didn` t leave the house until two men agreed to take down the famous portrait.
The portrait of  George Washington has hung in the East Room since 1800. Dolley Madison saved the painting when the British burned the White House in 1814.
It is the only object known to have remained in the White House since 1800.
Слайд № 13
Here you can see the concert grand piano. It was presented by the Steinmay company in 1938
Слайд № 14

The Green Room was served as Thomas Jefferson`s dining room. Now it is furnished as a  parlor and is used for receptions.   The walls are covered with watered green silk of striped silk damask.
Слайд № 15
The Green Room has served many purposes since the White House was first occupied in 1800. This  Room traditionally served as a parlor for small teas and receptions and on occasion for formal dinners.
Слайд № 16
Слайд № 17
The Blue Room  is often used by the President to receive guests. It is furnished to represent the period of James Monroe, who bought pieces for the room fr om a French cabinetmaker after the fire of 1814. Seven of the French chairs and one sofa of the set are in the room today.
Слайд № 18
The White House Christmas tree is placed in this room.
Слайд № 19
THE RED ROOM.
Слайд № 20
The Red Room is used for small receptions and it has long been a favorite of the First Ladies. John Adams used this as a breakfast room and Rutherford. B. Hayes took the oath of office here on March 3, 1877.
Слайд № 21
The Red Room on Christmas.
Слайд № 22
The State Dining Room
Слайд № 23
The  State Dining Room  can seat 130 guests at dinners and luncheons. It was  originally much smaller and served at various times as drawing room, office, and Cabinet Room.
Above the mantel hangs the portrait of Abraham Lincoln.
Слайд № 24
The Oval Office
Слайд № 25
Its décor may vary from one administration to another, but the flags standing behind the desk remain in their traditional places: to the President` s left, the Presidential flag: to his right, in the place of honor, the flag of the United States of America.
Слайд № 26
The Second and the Third  Floors are used only by the Presidential family and guests. Located here are the Lincoln Bedroom, the President` s Office  ( used as the Cabinet Room)  and the Queen` s Bedroom, named for its royal visitors.
Слайд № 27
Opening Hours:
The White House is open to visitors from 10 am to 12 noon, Tuesday through Saturday: it is closed Sunday, Monday, some holidays, and for official functions.
Слайд № 28
• There are six floors in the building, two basement levels, ground level, second floor and third floor.
• There are 132 rooms, 35 bathrooms,. There are 412 doors, 147 windows, 28 fireplaces, 8 staircases, and 3 elevators.
• The White House requires 570 gallons of paint to cover its outside surface.
• For recreation it has a tennis court, jogging track, swimming pool, movie theatre, and bowling lane.
• President Roosevelt named the White House, before that it was called the Executive Mansion.
Слайд № 29 Quiz :
Now we ` ll see how attentive you were
1) How many years did it take to build the White House?
Answer: 8 years
2) What is the address of the White House?
Answer: Pennsylvania Avenue 1600
3) Who gave the White House its current name?
Answer: Theodore Roosevelt
4) Which Room is the largest?
Answer: East Room
5) Wh ere is the Christmas Tree placed?
Answer: Blue Room
What do remain in their traditional places in the Oval Office?
Answer: Flags — The Presidential Flag and the Flag of the US.
Подведение итогов урока. Можно попросить уч-ся сказать, что наиболее интересным и необычным было для  них при знакомстве с Белым Домом.
Данная презентация выполнена в программе Microsoft Office Powerpoint. Материал носит лингвострановедческий характер и подходит для любого УМК. В конце презентации на слайде № 29 даны вопросы по содержанию материала. Правильный ответ появляется при помощи щелчка мыши.